If you have a freshwater aquarium, you're going to battle algae. It's just part of it. You can - and should! - perform regular tank maintenance and try tricks such as increasing water flow or changing your water source. However, sometimes you just need a little extra help. You can also enlist some help by adding some algae eaters! They'll clean your tank even when you're gone or asleep. You can't beat that!

There are many different types of algae eaters for freshwater aquariums out there. You can opt for algae-eating shrimp (like cherry shrimp, bamboo shrimp, ghost shrimp, and amano shrimp), algae-eating snails (such as nerite snails, rabbit snails, ramshorn snails, and Malaysian trumpet snails) or algae eating fish. In this article, however, we're going to focus specifically on species of fish that you can use to control algae in your freshwater tank.

How To Choose the Best Algae Eaters For your tank

There are three main types of algae eaters: fish, shrimp, and snails. Each eater has its own requirements, so choose one that is compatible with the condition of your tank or alter it to suit the eater.

If you got a large-scale algae problem, it might be helpful to add two or three types of algae eaters in your tank.

Hair algae are commonly found in green algae. They form coats, from which densely packed short filaments grow carpet-like layers. The long tangles can actually entangle fish and invertebrates. This type of can spread quickly and cover your plants and decoration. The removal process is not easy.

Also known as silica algae, this type of algae develops brown patches on gravel or tank in film. It can rapidly coat most surfaces with a thin, dark brown coating in the course of several days.

The blue-green algae in your tank is actually a cyanobacteria, and it grows similarly to plants as it uses photosynthesis. While it is called blue-green, the color can vary in different shades of brown, black, and even red. It looks like a slime forming in your tank, and it can cover everything, including your plant. If not treated, it can kill the plants.

Often in dark purple or black color, this type is horrible, tenacious algae that are hard to get rid of. It typically grows on the edges of slow-growing plants leaves.

Green spot algae look like small, circular green spots just like its name. They don't grow tall and are mostly flat, and they like to grow o objects that don't move or slow-growing plants. This type of algae grows in tanks with bright lighting, and it can be hard to remove.

Some of the "colonial" forms of green algae can be beneficial and considered to be "good" algae if kept under control as they can be a dietary source for your pet fish. 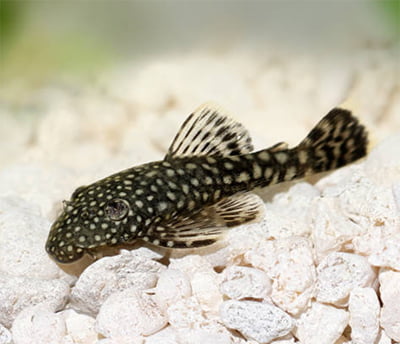 Bristlenose Plecos are strange-looking little fish perfect for many freshwater tanks because they are solitary eaters and very adaptable to water conditions. They are one of the best freshwater algae eaters.

They only grow to about 4 inches long, as opposed to some other popular Plecos, which can reach 2 feet in length. Whereas some algae eater fish prefer to school, the Bristlenose Pleco is perfectly happy to manage the algae problem all by itself. The males develop large whiskers on their faces, and they are typically available in gold or albino color varieties. This makes them a useful tank addition and a pretty dramatic addition as well. They are perhaps the best algae eater for your tank, but you'll need to provide a small amount of supplemental food through spirulina wafers, sinking fish pellets, and occasional bloodworms. 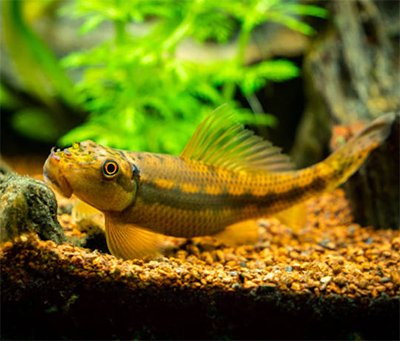 This algae-eating catfish is one of the best algae eaters available. You will even likely have to supplement it with algae wafers because you will just simply run out of algae. The calm Otocinclus Catfish won't bother your aquatic plants and are particularly good at taking care of brown algae and staying on top of algae growth before it gets out of hand. Their mouths are perfectly shaped for eating diatom algae from the flat surfaces on aquarium glass of plant leaves. 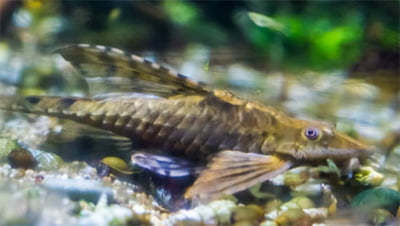 Another catfish option is the Twig Catfish. This algae-eating fish will quickly clean up any green spot algae and uneaten fish food, but it does require more care than other freshwater algae eaters on this list. They require an aquarium with high oxygen levels, a bit of a current, and perfect water quality. They're also incredibly shy, so you'll need to be mindful of the tankmates you pair them with. Remember that no fish can live on algae alone, and be sure to supplement with algae wafers from time to time. 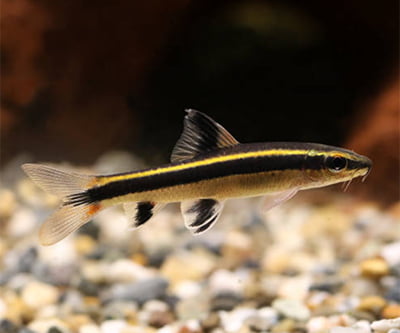 These schooling fish are one of the only fish to eat black beard algae. They will also help control flatworm populations. You will need to make sure that your tank size is adequate to handle an active school of 6-inch Siamese algae eaters because they'll need a freshwater tank that is at least 30 gallons. They can start ripping up your aquarium plants if they aren't given enough room. Their schools utilize a sort of "pecking order." To keep the weaker fish from being picked on, you need to keep no fewer than 4 Siamese algae eaters. Depending on the algae conditions of your tank, you may need to supplement with algae wafers or blanched vegetables occasionally. 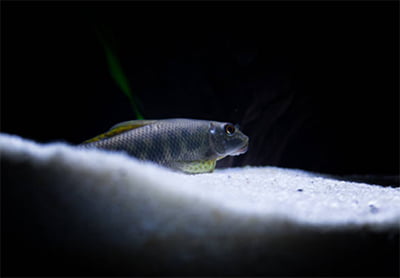 The Chinese algae eater is one of the few species that can stand its ground against semi-aggressive fish. They aren't perhaps known as the best algae eaters available, but they do a pretty good job and won't get pushed around. They'll reach 10 inches in length, becoming more aggressive as they age, and can hold their own even in a tank of African cichlids. Algae alone will not sustain them, so make sure you offer sinking fish flakes or algae wafers. 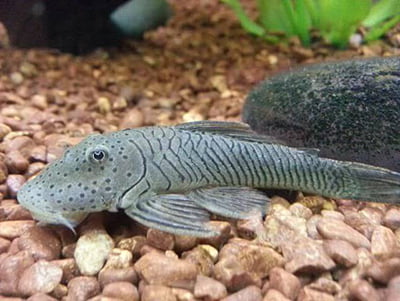 Really, most Plecos are fantastic algae-eating species. The Rubber Lip Pleco is a unique bottom-dwelling fish from South America, and it has a lifespan of 12 years and can grow up to 7 inches in length. They're solitary fish, happy just to eat any type of algae, clean up leftover fish food, and pay no attention to your other fish. You may need to supplement with algae wafers or blanched vegetables from time to time. 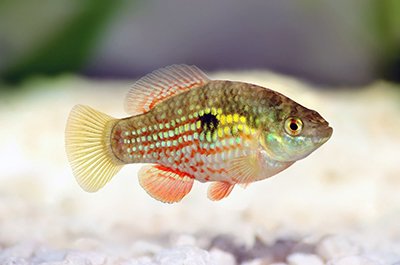 The Flagfish is a colorful and peaceful fish that only gets to 2.5 inches in length. While this freshwater fish is an omnivore and doesn't only eat algae, it's still a great option for freshwater aquariums that maybe just needs little help getting hair algae and green algae under control. It's best when used alongside other algae-eating fish. It will mostly focus on soft algae and leave the bigger and firmer pieces for its algae-eating tankmates. 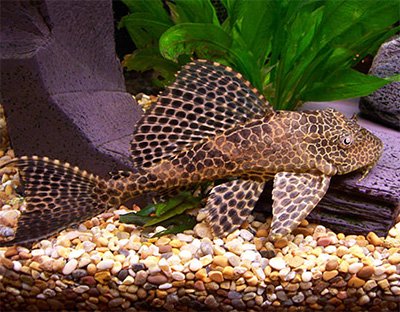 If you have a massive planted tank - think 100 gallons or more -this behemoth fish might be the right algae eater for you. In captivity, Sailfin Plecos top out around 13 inches. They have beautiful bronze and black spotted coloring and a tall dorsal fin. When it comes to eating algae, this big eater can take care of any type, but algae grown on driftwood seems to be their favorite. This is handy because driftwood in aquascapes fuels algae growth. Like all Plecos, they are adaptable to nearly any water condition.

Tips to reduce algae in your tank

What fish are compatible with algae eaters?

This will depend on the species. Typically they are peaceful with other fish.

For example, Chinese algae eaters are more aggressive and are territorial fish that don't mix well with other fish when they start to mature.

What do algae-eating fish eat?

They will scrape off any algae in your tank but can also feed on commercial pelleted food.

What algae-eating fish can live with a betta?

Most algae eater fish are omnivores, so they will eat animal protein besides eating algae. They will typically eat snails, shrimp, clams, and even some fish.